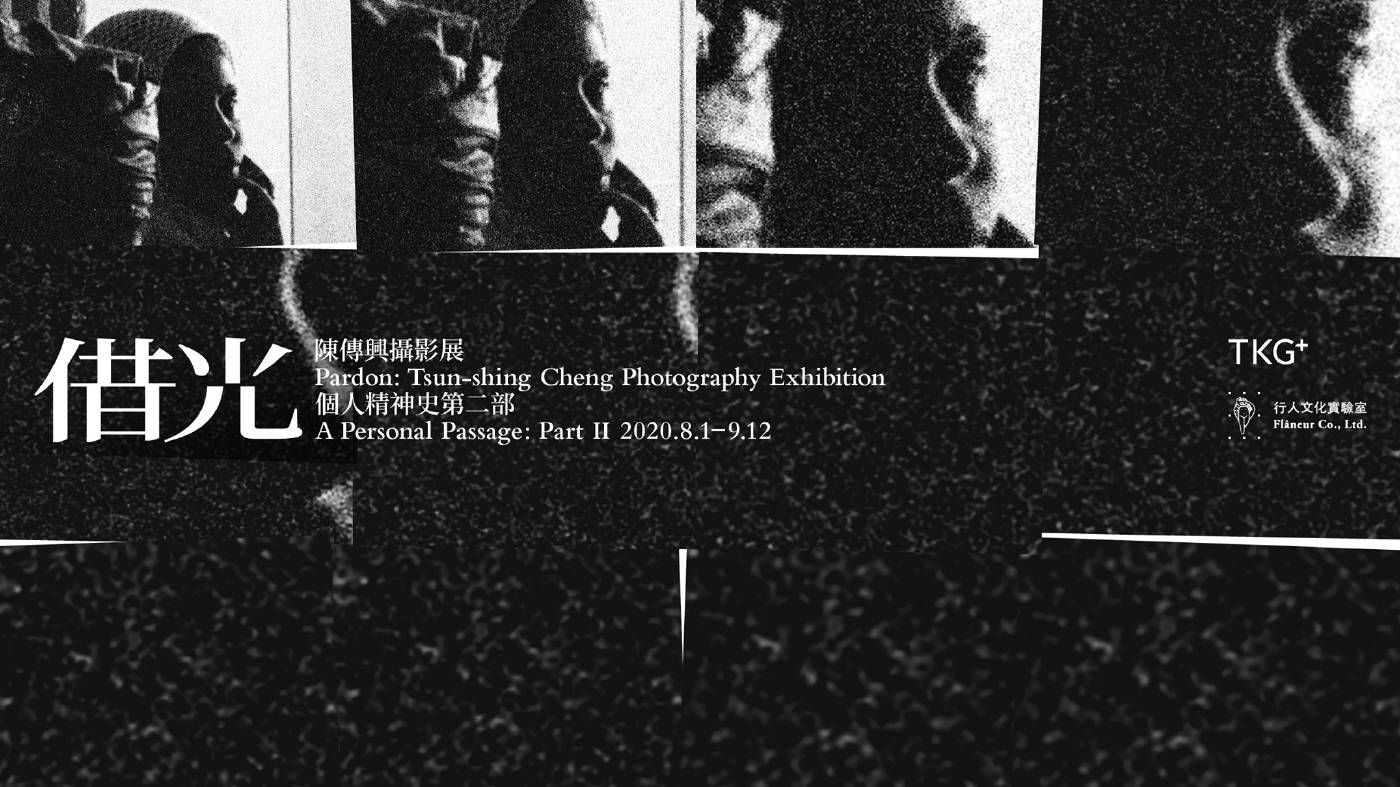 Tsun-shing Cheng spent the first half of his life meticulously collecting photographic negatives. In the latter half, he is using these images to construct a narrative of his life.

It has been over 40 years since Cheng’s last exhibition in Taiwan, "Life in Luzhou", at the Young Lion Gallery in Taipei in 1975. His name has only been seen in a few books on aesthetics and photography theory, as well as in the credit list of a series of documentaries titled "The Inspired Island". However, Cheng has never ceased photography during his absence. His obsession with silver halide photography compelled him to preserve the negatives he accumulated over the past 40 years as if they were the pages of a precious memoir, but he did not begin developing the photographs and displaying them until five years ago, when he felt the time was right.

In the last five years, Cheng has been extracting images from his 40-year archive and organizing them into five chapters of his life story. The first chapter, "Won’t Somebody Bring the Light", was first exhibited in 2015, which includes photographs he took from 1973 to 1978 during his travels across Taiwan. His second chapter, "Firefly and Light", which was recently exhibited at the end of 2019, encapsulates his journeys throughout Europe and America between 1976 and 1980. Cheng went to France to study in 1976, and this experience became a pivotal moment in his photography career. Prior to this, he had not received any formal academic training. Death became the heart of his life-long investigation. The images of architectural ruins, funeral processions, outdoor stages, cities, and the countryside, and the numerous faces and wasteland captured through his lens demonstrate his deep concern and fondness for his homeland. At that time, Cheng was — as he describes in a personal statement — much like “the one who holds the candle,” a young guide silently leading others through the darkness by candlelight, while the dim glow of its flames reflects gently upon him. After arriving in France, he received professional training in philosophy and photography. He documented through his lens an era defined by the frantic pursuit of philosophical thought until the breaking point of "Götterdämmerung", or the collapse of a society. While there, he frequently interacted with laborers, a tendency he carried over from his childhood, having been immersed in the environment of his family business. His candid portraits of workers and everyday people manifest the human condition with an exquisite tenderness in each of his subjects, who span a diversity of age, gender, and ethnicity. While the settings and circumstances of these two chapters of his life are dramatically different, the viewer is encouraged to experience both through the artist’s careful, discerning gaze.

Through the previous two exhibitions, Cheng excavates the essence of his 40-year-old images. He views photography as an intrinsic part of life, so he never followed a set pattern or purposely composed his images; he simply observed and shot. The camera obscura and the darkroom, where films are processed, bear witness to the conception of an image and the birth of a photograph. The negative carries the image until it is developed on photographic paper. In an era where digital images mimic the chemical process of image development by means of signal transfer and pixel storage, and the contemporary making of images is as accessible as disposable utensils, Cheng insists upon the silver halide process, through which the material nature of light imaging is irreversible, a practice that attests to the nucleus of photography. The photographer who buries himself in the darkroom is not merely nostalgic for traditional craftsmanship. He responds more deeply to photography as a classic visual medium, much like painting, and to the role of manual labor on a spiritual level. What happens between the click of the shutter and the development of an image has always been obscure and distant, but Cheng’s adherence to the gelatin silver process uncloaks the aesthetics formerly submerged in darkness.

Tsun-shing Cheng’s first exhibition in Taiwan since 1975, its title "Pardon" alludes to the photographer’s return to Taiwan after a long absence, while also expressing his humble plea for acceptance in his homeland. The exhibition comprises his first two series, which go on view consecutively. It is Cheng’s hope that this juxtaposition serves as a chance for Taiwanese viewers to experience what has been captured through his lens in different places and in different periods, allowing them to become re-acquainted with his work, as well as his steadfast identity as a photography artist.