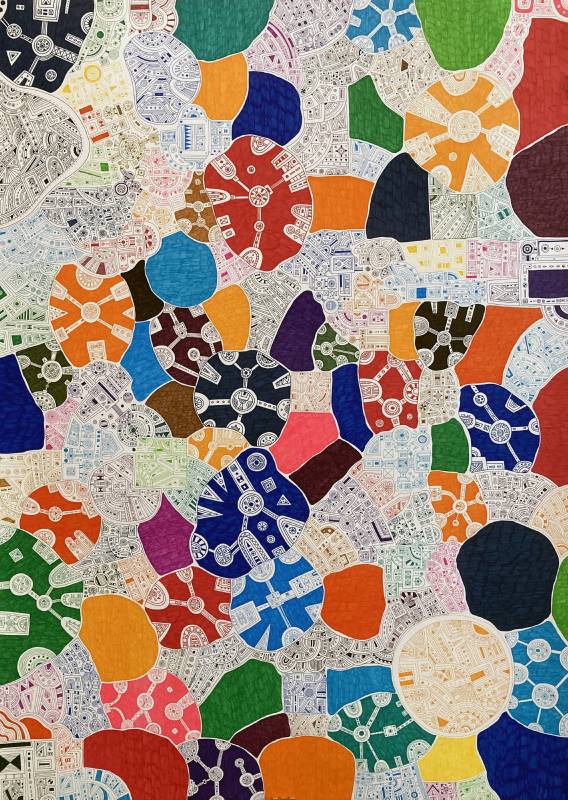 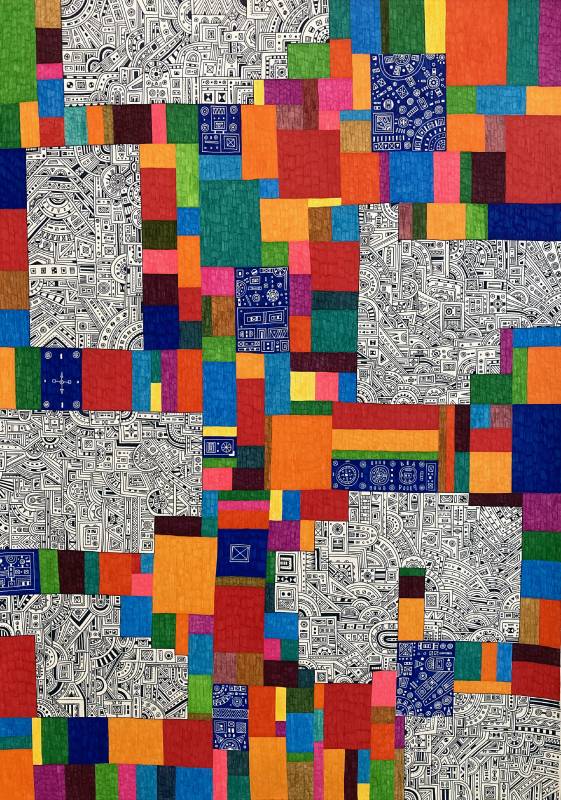 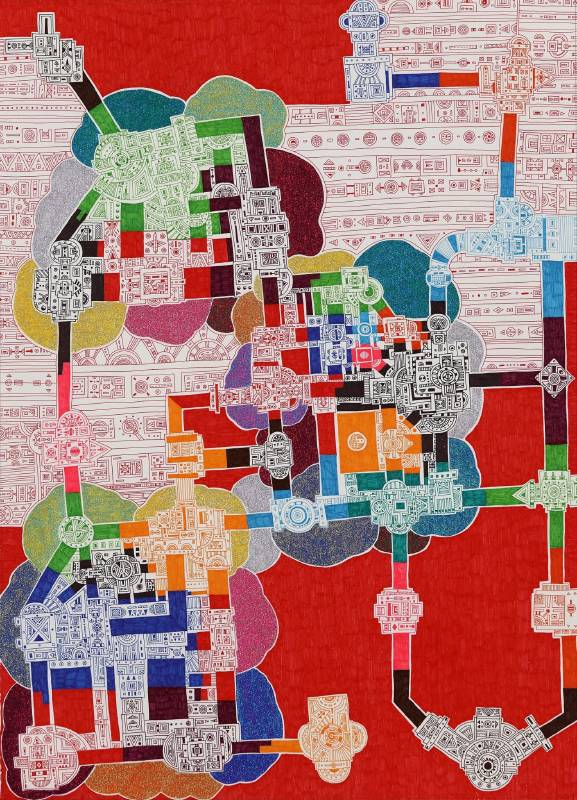 After the solo exhibition in 2019, KIKINOMO has received a lot of attention, which the artist had not experienced before. This exhibition title “ I hoped you find these lines well” is an inversion which employs the most commonly used mail greeting “I hope this letter finds you well” where the context is reversed and modified to indicate the complex of the artist’s mind and to highlight his devotion into such special choice of medium and technique.

While having much to say, KIKINOMO’s ball-pen drawing reflects not only his desire to express, but also his fear of self-expression. The colored lines layering upon each other to form images and symbols are like unsent love letters that have been rewritten countless times. At the end, they become the artist’s company.

#AboutKIKINOMO
KIKINOMO(b.1980, TW) is a Taiwan-based artist with a former professional background in the architectural design field. Over the years KIKINOMO had confronted with serious compulsive anxiety, which directed him from being a competitive designer in the field pursuing precision and portion to someone who finds a peace of mind by filling up canvas. In his ball pen drawings, sequence of seemingly irrelevant codes and totems resulted from his time-consuming drawing labor with only color ball pens are found everywhere on the canvas.

KIKINOMO’s work covers many important social phenomena and topics, such as global warming, the Umbrella Movements, animal-related stories or LGBTQ equality, as well as his personal life experiences, which expresses the artist’s deep empathy on others and his vision of the world.