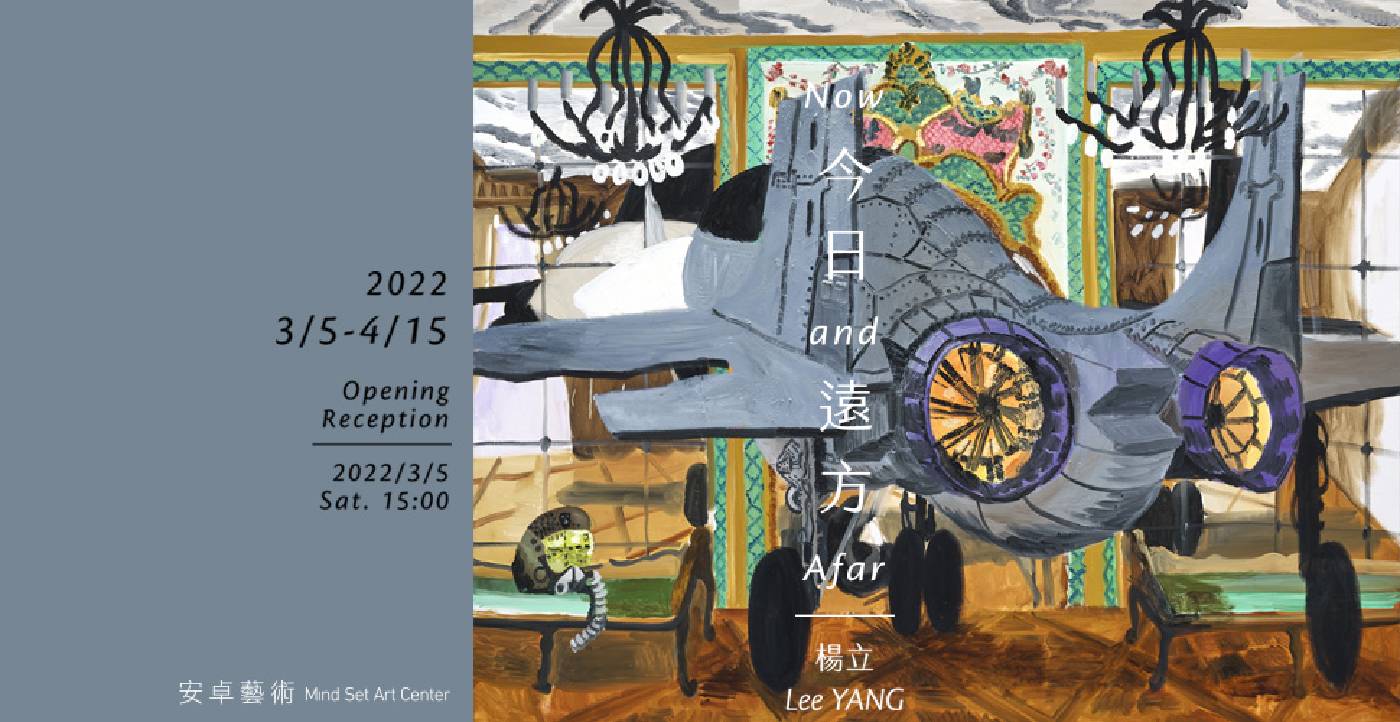 Mind Set Art Center is pleased to present the exhibition “Now and Afar" by Lee YANG. The exhibition is scheduled to launch on March 5, and an opening talk between Yang and renowned architect Roan Ching-yueh is set for 3:00 p.m. We extend to you a cordial invitation to attend the opening and witness how the painters extrapolate new energy from the ancient medium of painting.

“Now and Afar” is the latest and most important large-scale exhibition of Lee YANG, following his successful debut at the Taipei Fine Arts Museum. YANG showed talent in painting at a very young age. He later on studied painting in Paris and spent most of his spare time touring the museums across Europe. It was during this period that he learned and began to appreciate the possibilities and depth that past masters achieved in their paintings and to explore his own relationship with the era he lives in. YANG is fascinated by the fragmented representation of the modern world in newspapers, magazines, on computer and phone screens. And he tries to capture the unique qualities of the image created by modern technology. These include high fidelity, saturated colors, and shifts in hues caused by lens filters. These visual traits serve as the endless source of inspiration.

After focusing on the new and the exciting for a while, YANG began to explore for more depth in his paintings. This time around in “Now and Afar”, the painter revisits some of his subjects and looks for new perspectives. In “Wildfire”, YANG tries to capture the vivid red and green to convey the vigor of life. In an earlier painting of an aircraft carrier, the painter focused on the irregular shape of the deck. In “Floating U.S.A.”, his latest rendition of the subject, YANG focuses instead on the sheer height and size of the vessel and paints it as a steel behemoth with overwhelming presence. His brand new painting “Come with Me”, while presenting a typical western-style beach side picnic scene on a superficial level, is filled with visual elements that subvert the dominant western narrative. And his two new series “Baseball Duel” and “Ultraman’s Duel” are the result of his latest experiment. For each subject matter, he draws five small paintings that present the shifts and development of his perspective. They are also a callback to the past masters who gradually developed their perspectives across multiple drafts.

YANG believes that painters should not be limited by their identity, culture or geographical location, and must freely take inspiration from any cultures or mediums. He said, “I no longer think much about myself. Instead, I allow the external world to shape who I am. This is the scope of ‘Now and Afar’.”