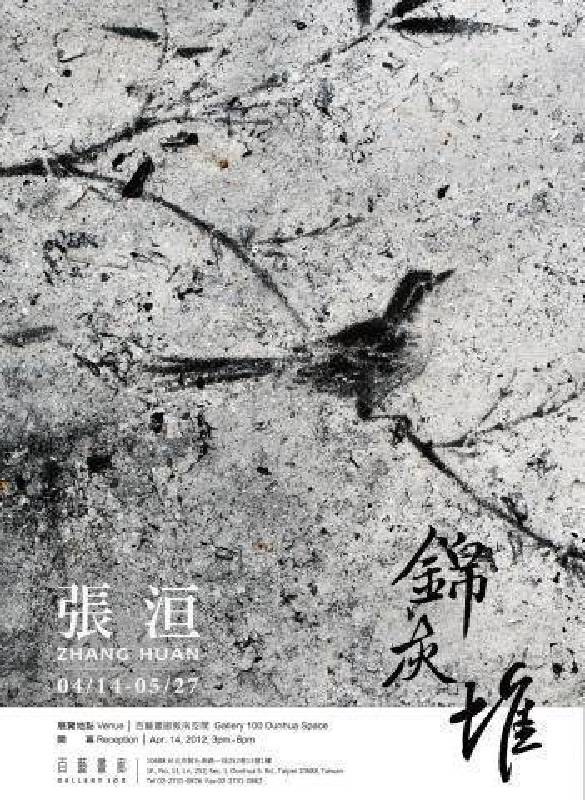 To sum up the two decades of versatile creational oeuvre of Chinese contemporary artist Zhang Huan with the term Jin Hui Dui, the art of classic Chinese literati, is a quite daring trial. In corresponding to the artist’s creational medium in recent years and the transformation progress of self-consciousness which began with conducting performance art in early years, it indeed has profound concepts regardless of the native meaning of term or its extending implication.

The term Jin Hui Dui (a type of scholarly montage painting) could be dated as early as to Yuan Dynasty (1206-1370). It is said Qian Xuan (1239-1301) who is specialized in flower and bird paintings and as famous as master painter Zhao Mengfu (1254-1322), once effortlessly makes a very delicate work of painting and calligraphy in horizontal hand scroll upon being content with the feast and wine. He adopts fish bones and unfinished dishes around table as subject for this artwork, inscribes and gives a name for it by himself. This is one of the earliest records of Jin Hui Dui so far. “The collective spoilt” and “the collective valuable” are the aliases for Jin Hui Dui. The judgment of value depends on a subjective recognition; therefore, what Jin Hui Dui implies is the progress that Chinese literati develops from collective awareness toward individual consciousness. Through one’s self-examination to find a new vision and feeling, one could further externally seek for erudite learning and exampling.

Performance art was the major creational channel for Zhang at the beginning and is one of those art forms that artist’s subjective consciousness involves most. Zhang as a versatile contemporary artist with artworks involved with performance, prints, painting, sculpture, installation and theater, his comprehensive understanding and knowledge of art thinking is fully proved; some of his finished artworks present a primitive and aggressive quality while one could feel the refined and yet simple view in his concepts. “Hui” refers to something useless and improper for subject of paintings emerges as treasure by ingenious ideas to discover the artistic value. In addition, “Dui” is originally a noun meaning “collection.” When it is used as a verb, it hints the creational process of incense ash art. It is expected to express the valuable points shared by both tradition and innovation for a long time through the multi-meaning equivoque reference of this particular term; also it is expected that through this exhibition can develop another embodiment of visual experiences and aesthetic value on the mild and modest nutritious base of Chinese culture.