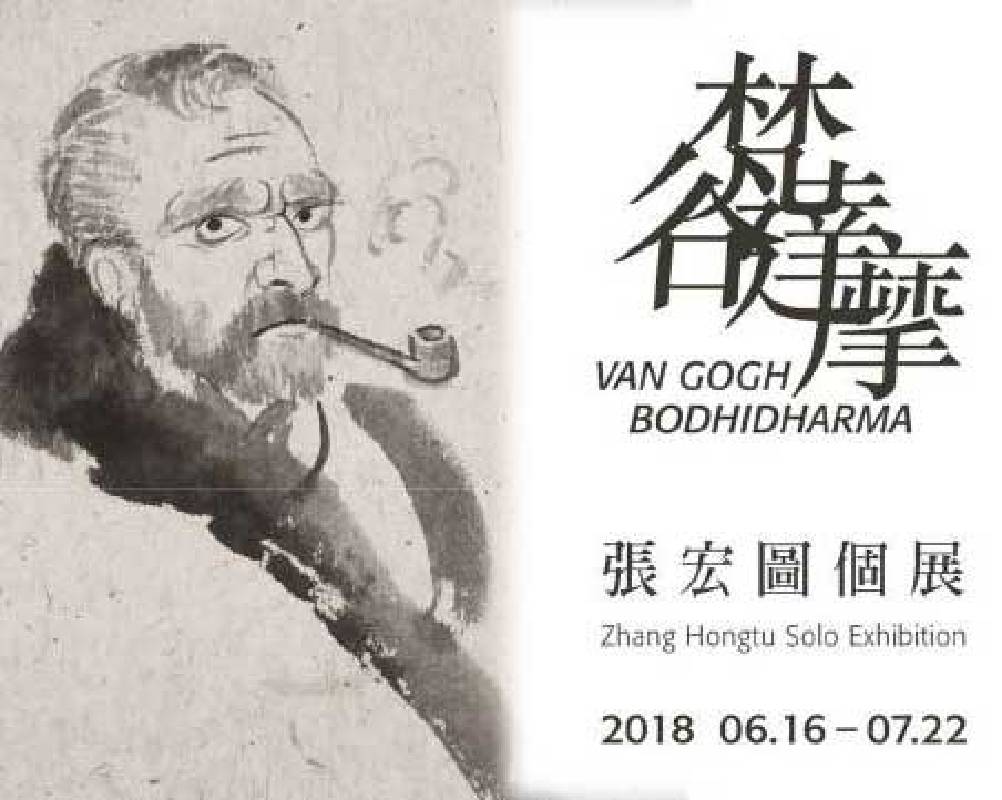 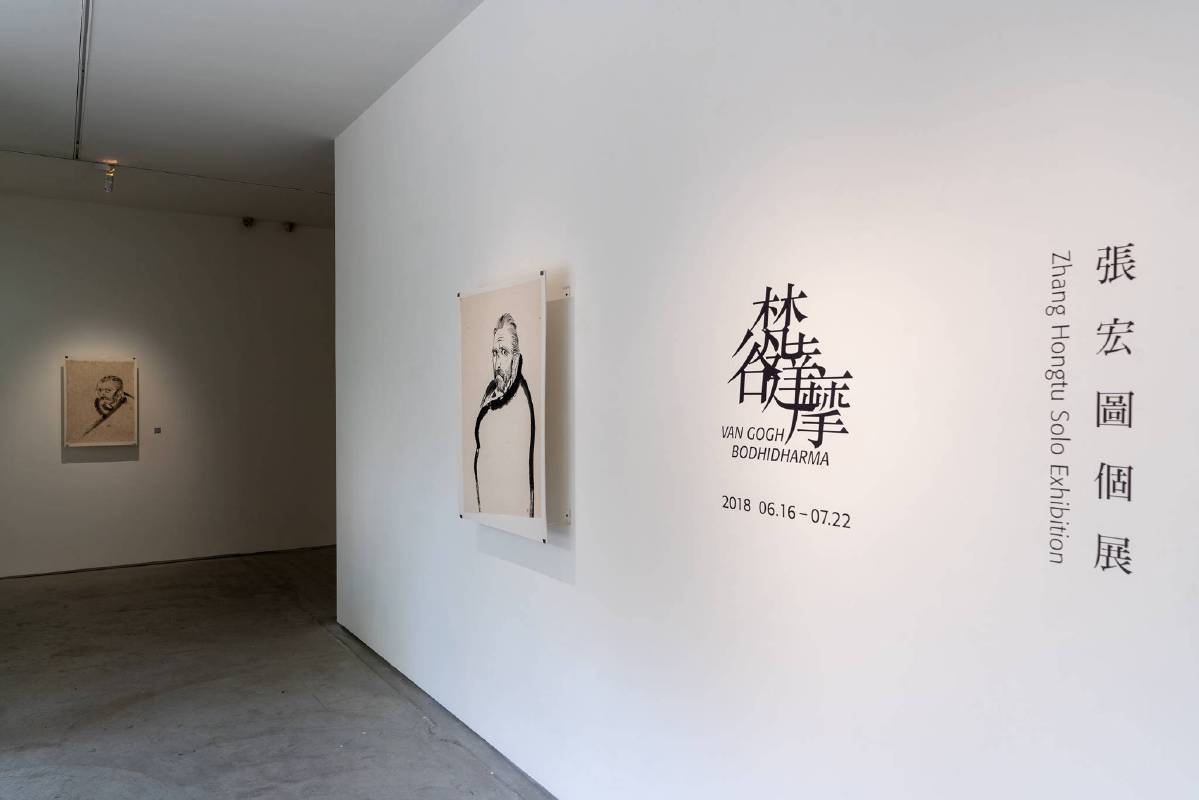 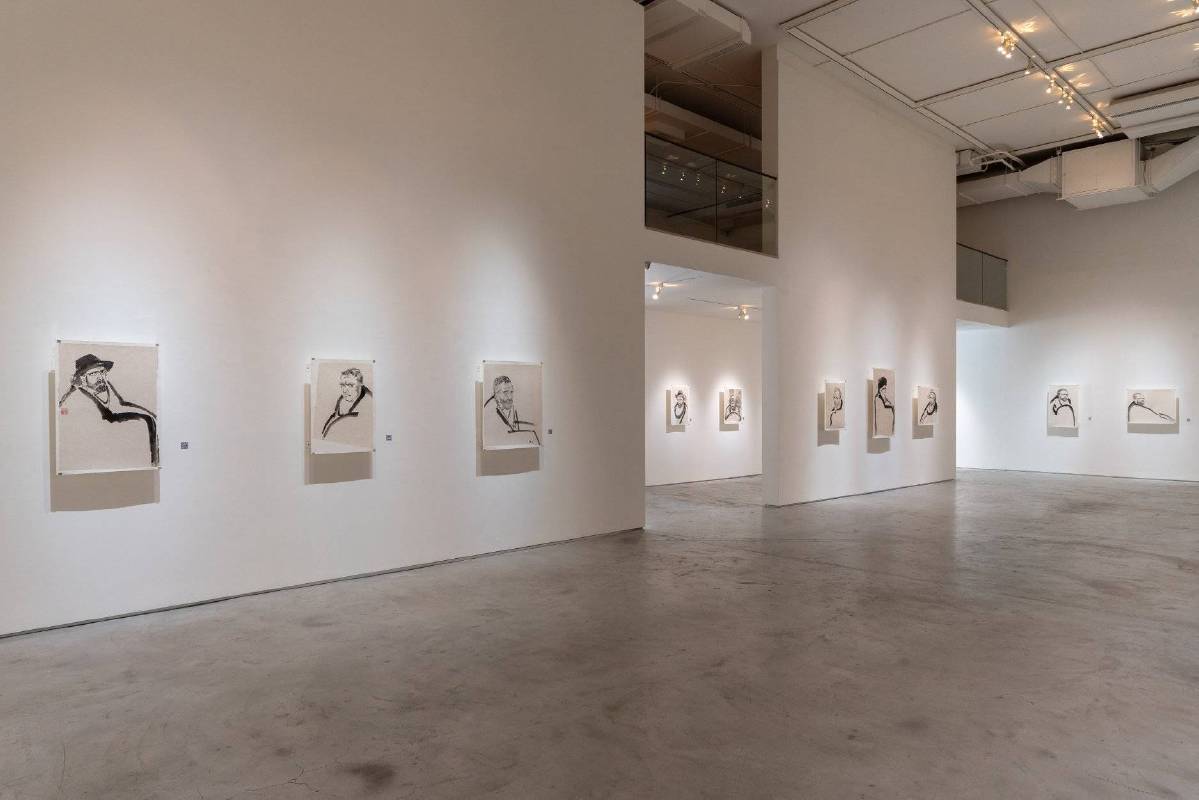 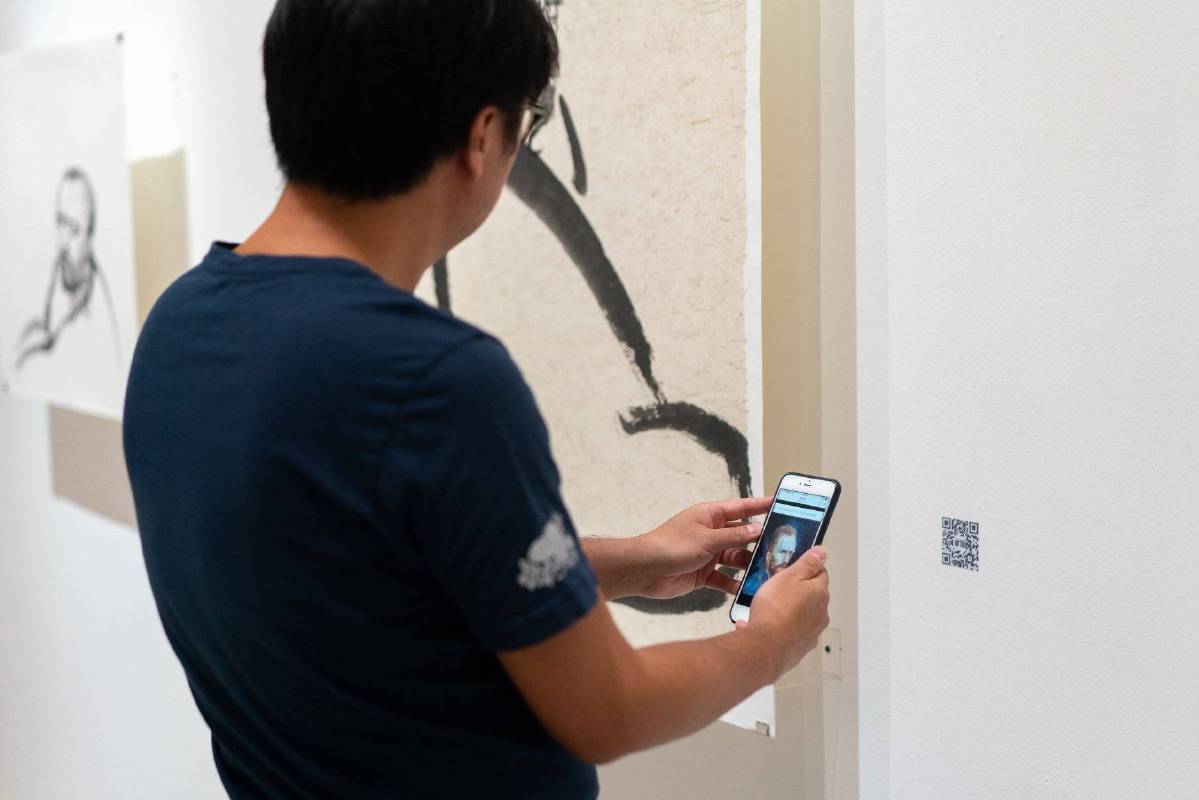 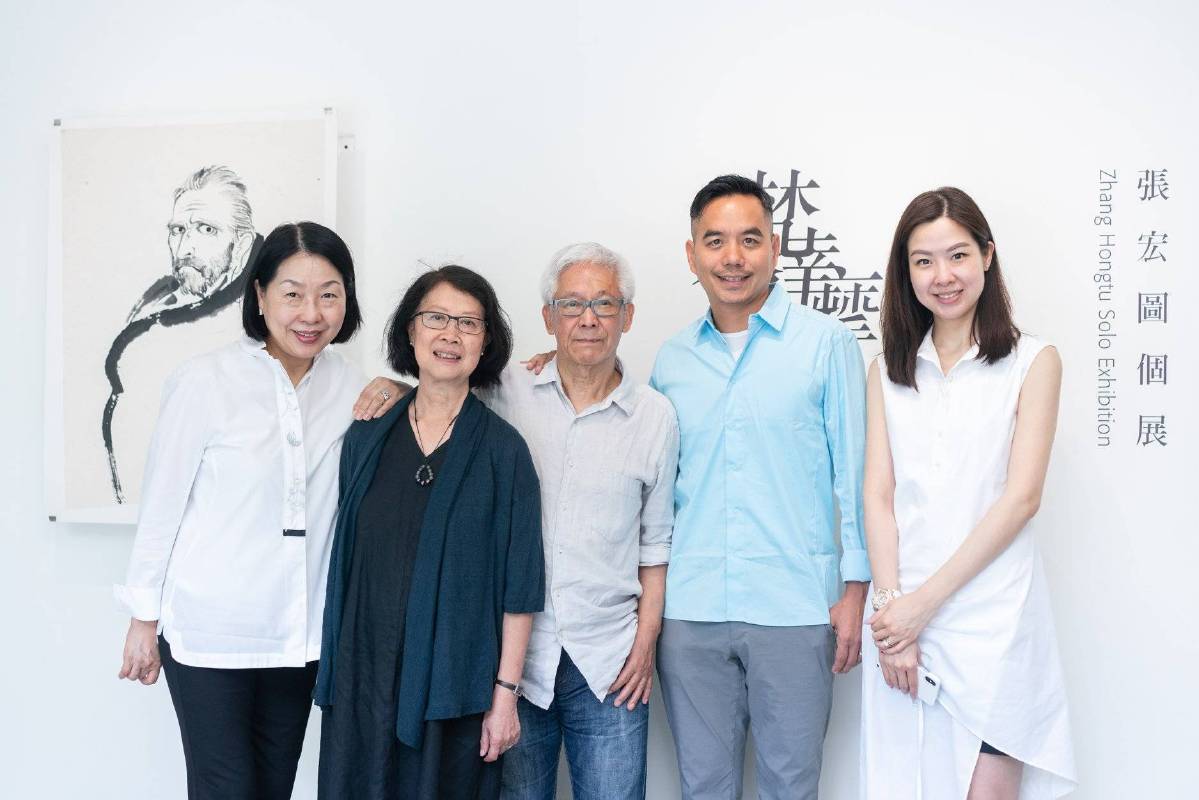 The current exhibition, Van Gogh / Bodhidharma, includes 39 works by Zhang Hongtu created between 2007 and 2014 that reimagine Van Gogh’s self-portraits as that of the Zen Bodhidharma. These 39 works, taken as a whole, symbolize Van Gogh’s self-perception during the last four years of his life, between 1886 and 1889. The two texts of Van Gogh and the Bodhidharma may seem worlds apart in time and space, but they find a point of convergence in Van Gogh’s encounters with Japanese Ukiyo-e painting. In addition to repeatedly emulating and reproducing Ukiyo-e paintings, Van Gogh’s infatuation with Japanese art was also clearly reflected in his own style; so much so that in a painting he gifted to Gauguin, he refers to himself as a Japanese monk. Beyond being a self-described impressionist painter, he was a devotee of Zen Buddhism. Although Japanese art had a significant influence on Van Gogh, he was ultimately unable to break away from the essence of European painting media and impressionistic style. He approached the Japanese art he loved through techniques familiar to him. Hence, when Van Gogh described himself as appearing like a Japanese monk in his own paintings, Zhang Hongtu detected a possibility of cultural coalescence between the two and applied a Zen painting style to re-create Van Gogh’s portraits, reshaping his appearance in the style of the Bodhidharma, so that he actually becomes, in appearance and in spirit, the monk he longed to be in heart and soul; a foreign monk with the resolve, compassion, detachment, and wisdom of the Bodhidharma.

Because cultural exchange and production is continuous and organic, the reproduction of Van Gogh/Bodhidharma for Zhang Hongtu is not a simple reference to a point of convergence of the two within a historical context. The search for origin and roots in Japanese art is the result of an evolution influenced by Buddhist teachings and Zen philosophies. The Buddhism that prevails throughout China and Japan was first introduced to China via India by the Bodhidharma during the Northern and Southern dynasties. The unique Zen paintings developed on the cusp of the Sung and Yuan dynasties, integrating with elements of literati paintings. As Zen Buddhism expanded its reach, the aesthetics and philosophy of Zen paintings extended its influence throughout the entire Sinosphere. The Bodhidharma images still in circulation to this day are also rooted in this. In the international ideological exchanges of the 1950s, Zen philosophy became widely accepted by European and American artists and has since become the core philosophy for a number of conceptual artists.

In addition to the 39 brush and ink works on paper, Zhang Hongtu has also coupled a QR Code to each painting to enable viewers to find information on the Van Gogh self-portrait that corresponds with each work, as well as a video that gradually morphs from the brush and ink Bodhidharma portraits into the Van Gogh’s self-depictions in oils. Zhang Hongtu extracts his aesthetic conceptualization from both traditional Chinese shanshui landscape paintings and Van Gogh’s portraits alike. Through video and new media functionalities, Zhang Hongtu not only allows the viewer to compare and contrast between the works, but also hopes to manifest his continual experimentation with aesthetic concepts.

Born in Gansu Province, China in 1943, Zhang Hongtu’s artistic cultivation began in China, but after enduring the upheavals of the Great Leap Forward and the Cultural Revolution , he left China in the 1980s to settle in New York. The multicultural environment of New York gave him creative inspiration to attempt various new creative techniques and with media that were a departure from the past. Stimulated by his past life experiences and contemporary European and American art, his work exudes a fearless pioneering spirit that unleashes the shackles of the past through artistic creativity. Subsequent to the Tienanmen incident on June 4, 1989, Zhang Hongtu renewed his concerns for the political situation in China. Recollections of his past experiences of life in China led him to create a series of work that satirized Communist Chinese political icons (Mao Zedong) and other idols through pop art and Dadaist forms. Zhang Hongtu later turned his attentions to shanshui paintings. In the two decades since he began the Repainting Shanshui series in 1998, Zhang Hongtu has intentionally imitated the painting techniques of Cézanne, Van Gogh, and Monet. The amalgamation of Eastern and Western techniques has become his signature vibrant creative style. His work transcends and escapes the limitations of concepts such as “East,” “West,” “realism,” or “conceptualism.” His subversive and hybridizing techniques interrogates the powers that be, and expands to a new perspective for artistic inspection.