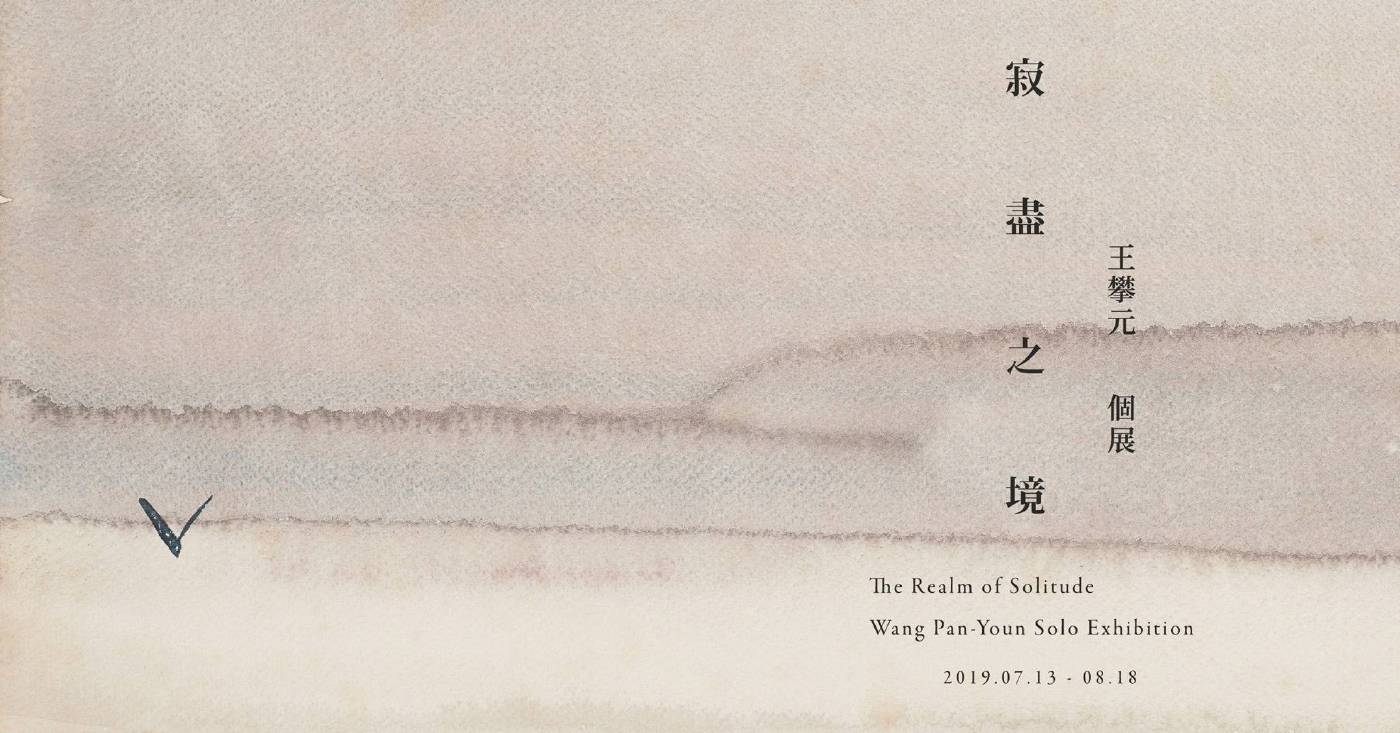 The Tina Keng Gallery is pleased to present The Realm of Solitude, a solo exhibition of Wang Pan-Youn (1908–2017). Known for his artistic vocabulary deeply tinged with personal history, Wang has cultivated a reserved and melancholic aesthetics of solitude. This exhibition pays homage to Wang’s life from his displacement in early days to his contentedness in later years. The first half of the 20th century saw an intense cultural exchange and population movement. Some emigrated for lofty ideals; others suffered displacement because of warfare. Nostalgia and loneliness became entwined in the collective consciousness of these roamers or displaced persons.

In contrast to the oversea students, including his lost great love Ji Zhu-Jun, who went abroad to pursue their ideals, Wang went a different path that eventually led to his despondency, and to the ruefulness in his work that echoes a sentiment at once personal and universal. Even though Ni Yue-Qing became the love of his life, Ji Zhu-Jun came to represent an exquisite sense of loss etched in Wang’s unrequited yearning for the motherland.

Wang’s work, permeated with an enduring sense of nostalgia, mirrors the tumultuous times he lived through, simultaneously attesting to the modern history of Taiwan. Discontent with his life, Wang projects himself as solitary animals, humans, sails, or houses in his painting. The forlorn artistic language speaks a wistful dream where home is a distant memory, a lifetime of displacement a haunting evanescence. This poignant aesthetics of solitude reflects not only the artist’s personal experience, but a fragment of collective memory.

Personal struggle and emotional suffering imbue the artist’s work, embodied through a minimal composition and a succinct palette. The subject in his painting is reduced to a distorted form closely reflective of his mentality. Wang entered the Shanghai Academy of Art in 1933, and studied under virtuosos such as Pan Yu-Liang, honing his skills in ink, watercolor, and oil. His education came to a halt when the Second Sino-Japanese War broke out in 1937, and moved with his family to Kaohsiung, Taiwan with the Kuomintang government in 1949. Wang first served as a temporary dock porter to make ends meet before he relocated to Yilan as an art teacher. It was not until he cofounded the Lanyang Painting Association with a group of friends in 1961 that he began garnering attention for his work, and gradually became one of the pivotal figures in Taiwan’s art circle.

Through the presentation of Wang Pan-Youn, the Tina Keng Gallery paints a scene from the past where Wang was fatefully forced onto a different path while many of his peers moved abroad for their artistic pursuits. Displacement and nostalgia forms an intrinsic part of Asian modern and contemporary art, where history almost always mirrors the human condition.