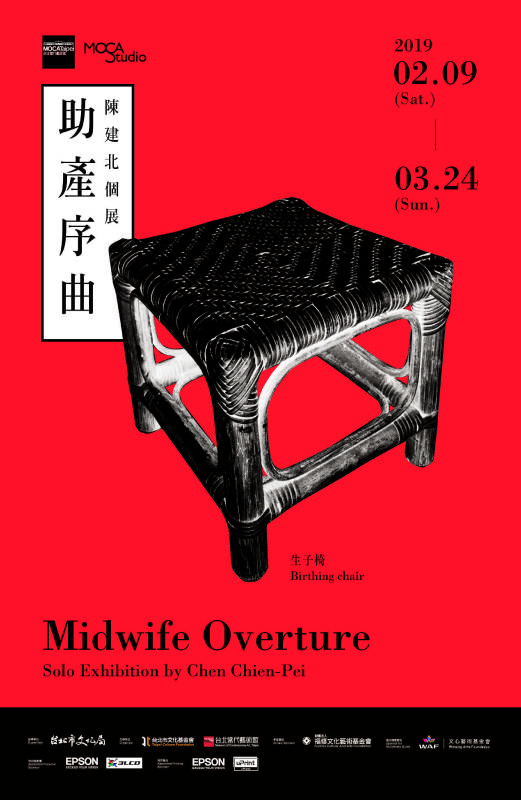 Chen Chien-Pei spent the closing months of 2016 stationed at a village in Tainan, conducting research on the subject of Old Tainan during the Ming and Qing Dynasties. Immersed in the ambience of the old city, his childhood memories began to stir, none more so vivid than those of the elderly members in his household, and their singular devotion towards the continued prosperity and efflorescence of the family tree.

In that day and age, childbearing and the rearing of children were presumed to be the natural duty of the wife. Recounting the anguish following his aunt’s miscarriage and his mother’s account of her own mother’s predicament whilst in Nangang, Chen Chien-Pei intensely sensed that the burden weighing upon these women was far greater than what modern society could conceive of. In the years following Taiwan’s Retrocession and between the ‘50s and ‘60s, as the general populace was still unaccustomed to hospital or clinical check-ups, and as a typical household would have borne multiple offspring, each childbirth inexorably became a desperate grapple between life and death. And as economic factors compelled most families to turn to midwives for support, the story of the midwife, of her life and her work, became a subject of deep fascination for Chen Chien-Pei.

Through a series of interviews with the midwife Yan Guai-ing and the many women she delivered, Midwife Overture gradually delineates the contours of that period—in childbirth, the social predicament of women, and the all-consuming purpose of bearing a male heir. At the end of the exhibition corridor, visitors will find placed a traditional dowry—a birthing chair; a map of Old Tainan by the entrance not only marks the territory which Mrs. Yan serviced, but also allegorizes the stark contrasts between the two eras. In the screening room, an eight-part series of the artist’s field research is showcased; firsthand accounts of the trial by ordeal that Mrs. Yan and the mothers were subjected to during each childbirth. Through their personal narratives, we foray into the cultural backdrop of their generation—proverbial taboos for expectant mothers, memorable encounters during deliveries, family bloodlines and legacies, as well as the woman’s role in the household…together these topics shape the groundwork of this exhibition. Finally, on display are personal letters solicited from the general public, each bearing heartfelt messages dedicated to their significant other on pregnancy, motherhood, and nurturing, offering a reassessment on family and intimacy in modern society. Midwife Overture not only is an exploration of tradition and the modern, but further reflects upon a segment of history easily neglected in our historical studies from the Japanese colonial period to the Qing Dynasty. For both us and Chen Chien-Pei himself, engaging in dialogue on the subject of childbirth and pregnancy is but a mere beginning.