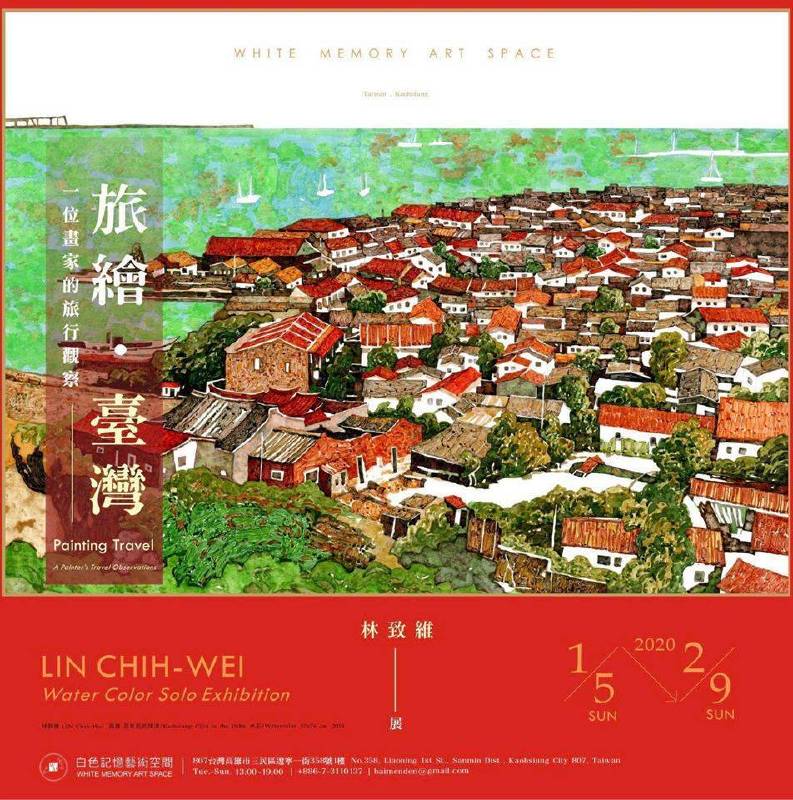 The works demonstrated in this exhibition is a series of paintings created for a piece of writhing “Painting Taiwan’s Traveling,” 2019. Elements such as cities, townships, mountains, oceans, people, and night-lives are included in the drawings. As if pieces of puzzles, Lin put together the scenes of Taiwan that he sees in his journey. Every paining does not only represent a mere scenery, but also tells a story. Those scenes and stories eventually become a part of my life.

Chih-Wei Lin, a person from Hsinchu, currently living in Tainan. Born in 1986. Obtained a graduate degree from Department of Material Sciences and engineering, National Tsing Hua University. He currently work as an engineer in a tech firm, and is also a painter. His work demonstrated a strong style of blank-leaving, as well as a rich combination of colors. Various themes has been included in his works. Participated in Kaohsiung Art Exhibition, 2018. In the same year, he published “The Fram of Tainan,” named after a work written by a Tainan Writer Shich-Tao Yeh. Several other works have been nominated by the International Watercolor Art Fair, 2016.